The Rotax Invitational Malaysia was held over last weekend at the Sepang International Karting Circuit, with Japanese driver Hiroki Inui of Simon Racing staging an impressive win from 8th on the grid in the Senior category. Wesleigh Charles Orr (South Africa / Meritus.GP) dominated the weekend in the DD2 category, while Daim Hishammudin edged out Mitchell Cheah in Juniors after a hard-fought race. Muizzuddin Musyaffa controlled the MicroMax fixture with a clear win ahead of Arsh Johany and Muhammad Sidqi.

Teruhisa Tanaka of Simon Racing was the clear favorite heading into Senior Max the final having taken pole position, both heat wins, and a massive 7 second win in the pre-final. His race was dealt an early blow however as he was bumped from behind by compatriot Yoshito Matsumoto at the start sending him into a spin and a 3-kart pileup which also ended the hopes of Malaysian driver Calvin Wong after he’d made a great recovery in the pre-final finishing in 2nd from the mid-pack after a poor result in a heat.

Tanaka made an impressive recovery up to 7th, but at the front the battle was between Inui, Julien Fong (Singapore), and Lee Wai Cong (Malaysia). It was Fong who made it out of turn one in the lead ahead of Wai Cong. Wai Cong briefly took the lead on lap one only to lose it a lap later as Fong got back through. The battle allowed Inui to close in quickly and he made his move and took the lead for the final time on the 4th lap. Wai Cong also got through, but only held 2nd for a lap. Wai Cong wasn’t quite able to keep the pace of the front two and was later overtaken by Senna SN (Indonesia / Riser-Shadaff) who completed a nice drive from 10th on the grid, and Akito Saito made it up to 4th ahead of Wai Cong with a handful of laps remaining. 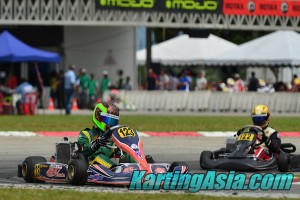 The 2012 Rotax Asia champion Daim Hishammudin from Singapore was engaged in a tough battle with Mitchell Cheah of Prodigy racing in the Junior Max final. Initially it looked as if Daim would have a clean run to the finish, as he created a small gap early in the race. With a quarter of the race remaining however, Mitchell Cheah managed increase his pace and close the gap and overtake Daim to take the lead. The battle that ensued allowed Rory Elliott (Singapore) to close in making it a 3 driver fight for the lead. After a few lead changes Daim managed to get enough of a gap to enable him to set a few quick laps and take a well deserved win ahead of Cheah and Elliott.

2-Time DD2 Rotax Grand Finals Champion Wesleigh Charles Orr took part in both the DD2 and Senior categories. In the Senior Max category he managed to keep touch with the top 5 despite a slightly damaged kart from a crash in the heats, but his Senior final ended in a DNF. In the DD2 category it was a different story, as he was in clear control all weekend, leading all his races from lights to flag, showing that despite last having raced karts back in 2010, he hadn’t lost any of his pace. Behind Orr it was a battle for 2nd place, with Kyle Blockley edging out Yong Boon Tirachaimongkol and Rahul Raj Mayer. 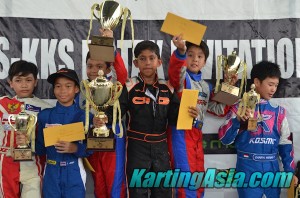 Muizzuddin Musyaffa mimicked Orr’s performance with a dominant win in MicroMax as he led home a Malaysian 1-2-3 ahead of Arsh Johany and Muhammad Sidqi Ahmad Said. The trio got a clean start and spread out without much drama, as they had done in the earlier races throughout the weekend. 4Th place went to Jarute Jonvisat ahead of Darryl Wenas.

Articles in other media: 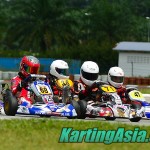 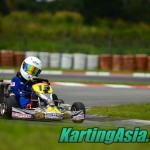 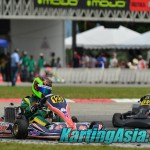 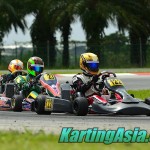 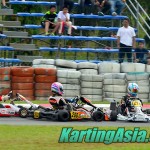 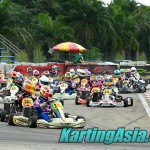 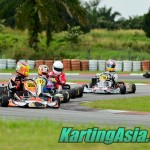 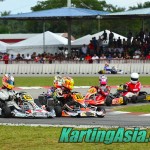 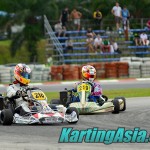 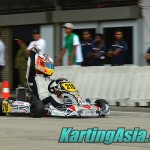 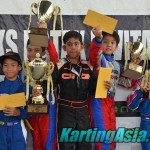 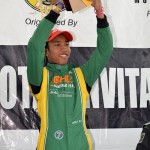 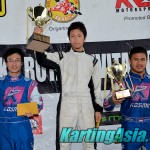 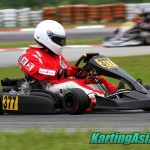 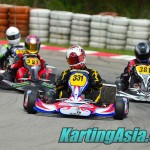 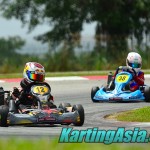 Permanent link to this article: http://www.kartingasia.com/2013/hiroki-inui-wesleigh-orr-muizzuddin-musyaffa-daim-hishammudin-win-at-rotax-invitational-malaysia/