The 4th round of the Rotax Max Challenge Asia series was held at the Sepang Karting Circuit on the 16th-17th of August. Free practice on Saturday started with a wet track, but by the time qualifying and the heats started, it was back to dry racing. Sunday also brought a wet track in the morning warm-ups, but back to dry and scorching hot weather for the races. 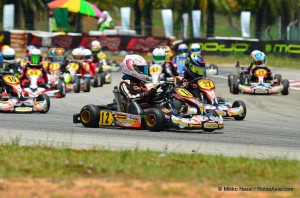 The MicroMax grid was a record size for RMC Asia at 28 entries! Malaysian driver Oscar Ng (Prodigy / ARTGP) put in a surprise pole position (last round he was 18th in qualifying) ahead of Muizzudin Musyaffa and Muhammad Sidqi (Malaysia / IS Racing / CRG). By the time the final came around initial pace-setter Ocsar Ng had dropped to 9th on the grid, but he recovered nicely to a 5th place finish. At the front it was Arsh Johany and Muizzudin Musyaffa (both IS Racing / CRG). They had a fairly comfortable margin to 3rd place but their battle brought the rest of the field closer. Arsh Johany led almost the entire race from the front, and despite a final corner challenge from Muizz, he held on to cross the line first just 0.15 ahead of 2nd, and less than a second ahead of the chasing Muhammad Sidqi and Ariel Andhyka Bahran (Indonesia / Stratos / TopKart).

Arsh Johany is making steady progress in closing down championship leading Muhammad Sidqi. Over the past two rounds he’s taken out 8 points from the lead, but with a 23 point gap remaining he has to count on a bad result or two for the leader if he’s to wrestle the title lead away.
The Junior final had Indonesian driver Gezha Sudirman on pole (DT Racing / Kosmic) ahead of compatriot and teammate Presley Martono (DT Racing / TonyKart), with Japanese driver Riki Okusa (Kosmic / Stratos Motorsports) in 3rd. It was David Sitanala that made the best of the start from his 5th place on the grid – he was quickly up to first. Presley Martono sustained light damage which meant he dropped to 8th b 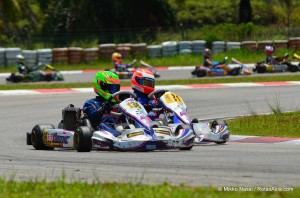 y the end of the race.

At the front Sudirman closed in and overtook Sitanala, and built a gap of over a second to win his first race of the year – a huge improvement from his season-best of 8th in round 2. Riki Okusa rued the loss of time on the opening lap, as he closed to within a few tenths of Sitanala at the end of the race taking his best result in the RMC Asia series with 3rd place after setting pole position in qualifying.

Unlike the other championship standings where things are starting to shape up at the front, the Juniors are in the midst of a completely unpredictable title battle. The top 3 are separated by just 3 points with Jakkarin Sirinonthanawech taking the championship lead with his 6th place finish here, and Kane Shepherd in 2nd ahead of David Sitanala. None of the top three drivers have won a pre-final or final this year – we have to go all the way down to 6th place to find our first race winner in Perdana Minang! Round 4 winner Gezha Sudirman is as far down as 10th in the standings. 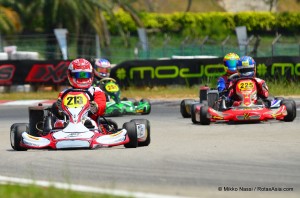 Championship leader Calvin Wong (Malaysia / ARTGP Asia) overcame a poor start to the weekend (9th in qualifying, 8th and a DNF in the heats) to take a well deserved win in the Senior final. At the end of lap 4 he was still in 5th place, but made quick progress as he first overtook series newcomer Kouki Mizuno (Stratos Motorsports / CRG) for 4th and finally Izzat Hanif (Malaysia / PDB) for the lead with 5 laps to go. Izzat had controlled the race at the front but lost pace towards the end with an overheating kart. Julio Prost (Indonesia / MBG Racing / Kosmic), having made his way up from 8th on the grid also caught up to the Malaysian, and his move on him with just 3 laps remaining also let Silvano Christian (Indonesia / Stratos Motorsports / Kosmic) through to claim 3rd.

Calvin Wong’s 6th place in the pre-final was actually his lowest scoring result of the championship, having never been out of the top 3 in a pre-final or final thus far! His recovery to win the race means that he extended his championship lead to 19 points ahead of Lee Wai Cong, and 27 ahead of Silvano Christian. 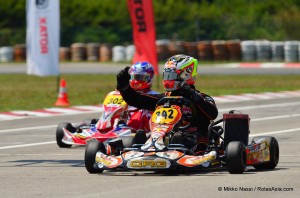 In DD2 qualifying had the closest of margins, as Japanese driver Riki Tanioka (Stratos Motorsports / FK) edged out Indonesian Senna SN (IS Racing / CRG) by just one thousandth of a second. For the final the front row was reversed with Senna taking the pre-final win just ahead of Tanioka and Melvin Moh (Malaysia / RL Karting / Birel). Tanioka had a good start and held on to the lead for the opening 5 laps but he lost out to Senna and Moh on the same lap, dropping to 3rd place. Moh got close to Senna but said that he wasn’t close enough for anything more than a risky dive so had to settle for 2nd place.

The DD2 result was Senna’s 2nd maximum points haul of the year, giving him a 37 point lead ahead of Masters driver RIki Tanioka, and a further 2 points clear of James Veerapen. With 2 rounds to go it’s far from over but Senna can now afford a few less than stelar results and still grab himself the DD2 Asia title to add to his Rotax Senior title from 2011.

The series heads to uncharted territory next month as Perlis hosts the penultimate round of the series. The track in North Malaysia is new to the series and has never hosted a sanctioned karting event before, creating a level playing field and undoubtedly more great racing! 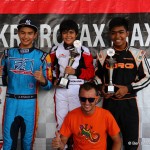 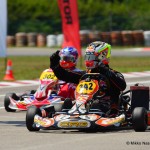 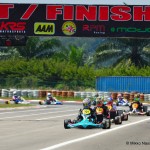 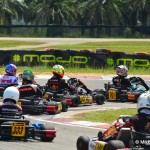 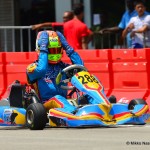 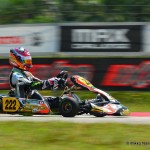 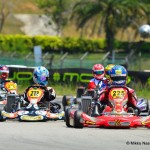 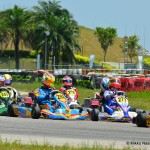 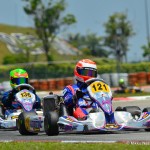 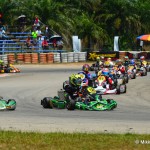 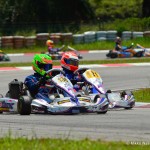 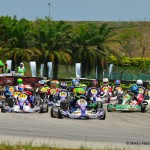 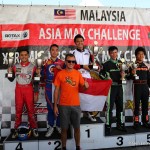 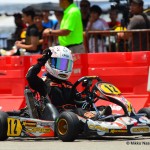 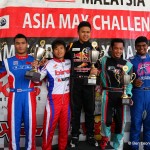 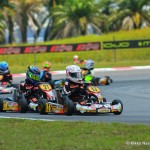 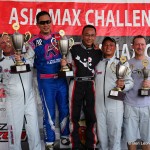 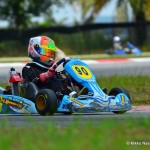 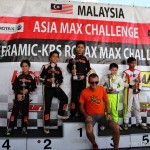 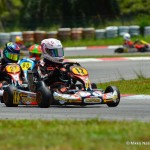 Permanent link to this article: http://www.kartingasia.com/2014/rmc-asia-round-4-victory-for-senna-gezha-sudirman-arsh-johany-calvin-wong/