The Royal Pahang Kart Prix brought the 2013 Rotax Max Challenge Asia & Malaysia series’ to a close as the 6th round in the championship last weekend. The track in Pekan with its twisty section and two long straights provided for great racing and exciting conclusions to championship battles.

In Rotax Senior the weekend started with Julio Prost (ART) setting pole position ahead of Teruhisa Tanaka (Maddox) and Akito Saito. championship leader Gilbert Ang (TonyKart) only managed 8th but quickly recovered despite trouble in Heat 1 by winning Heat 2 and the pre-final. In the final Ang kept his lead at the start as others behind him battled for 2nd. Saito held 2nd place for most of the race, with Julio Prost and Tanaka attempting to stay with him. Eventually though it was round 5 winner Silvano Christian (Indonesia / FK) who had been tapped out from a 2nd place position in the pre-final by Julio Prost down to 8th that earned back his 2nd place by overtaking a number of drivers, and then proceeded to chase down Ang.

Silvano set the fastest lap of the race as he closed in on the leader and looked set to take the lead. However he made a critical mistake with a slightly sticking throttle which was giving him problems throughout the race in braking zones. He overshot the corner entry into the hairpin with just 3 laps to go, and climbed over Gilbert Ang. The incident dropped Silvano to 3rd behind Saito and Prost with just 2 laps to go, and Ang to 5th. Silvano put on 2 great overtaking moves to win the race with the top 4 covered by only 0.25, and 2nd to 4th by 0.07! Silvano was handed a 30 second penalty for his contact with Gilbert Ang after a protest, promoting Akito Saito to the race win. Ang recovered to finish the race 5th and win the Asia and Malaysia titles and was promoted to 4th after Silvano’s penalty. Syazwan Mohd Noor didn’t have the greatest of weekends finishing the final in 7th but it was enough to narrowly edge out Mohamad Nor Ariff for 2nd in the Malaysian standings, which was critical as it awarded him a seat in the Grand Finals.

In Rotax Junior Singaporean driver Daim Hishammudin grabbed his championship title in style by winning the final ahead of Nabil Hutasuhut and Low Kent Jun. For pole position man Mitchell Cheah, it was a case of what could’ve been as he made a mistake on the formation lap which stopped his engine and dropped him several seconds behind the back of the field when the race was started despite his absence on the front row. He recovered to 10th at the end setting a blistering pace throughout the race including the fastest lap. He did enough to maintain 2nd place in the Asia championship and win the overall title in the Malaysia championship, so his mistake only ended up costing him a potential race win.

At the front Nabil Hutasuhut led the field during the opening laps but didn’t have the pace to pull away, and was eventually overtaken by Kent Jun and Daim Hishammudin, but recovered back up to 2nd by the end. It was Kent Jun and Nabil’s battle which allowed Daim to pull away further at the front, winning his 4th race of the year and the overall title by a huge margin of 76 points. Muhammad Luqman Hakim worked his way to 4th at the line.

In MicroMax three IS Racing drivers put on a masterclass performance as the Malaysian trio of Nazim Azman, Arsh Johany, and Muhammad Sidqi (all on CRG) brought a 1-2-3 finish to the team. At the start Arsh dropped to 4th at the start but was already up to 2nd at the end of the first lap. The top-3 order remained as it was at the end of the first lap to the end of the race. The trio hardly put a wheel wrong as the worked together to ensure that Indonesian driver Gezha Sudirman wasn’t given the opportunity to get in the draft and was left a full 5 seconds behind by the end of the race, with the top 3 crossing the line within 4 tenths of each other.

Nazim Azman doesn’t score championship points in the series as he is racing on an Italian license – so Arsh Johany grabbed maximum points in the final for the 3rd time this year out of 6 rounds, which was enough to give him the Rotax Challenge Asia championship with a 9 points margin from Gezha Sudirman. Sudirman adds his 2nd place championship trophy to his overall title in the Indonesian Rotax Max Challenge earned just a week prior.

In DD2 it was a case of two late-comers to the championship taking control. 2013 Rotax Senior Indonesia champion Senna SN won his 2nd race in as many appearances this year, while Japanese driver Riki Tanioka proved a tough challenge for Senna to overcome. Tanioka raced in only the 2nd half of the season, so didn’t factor in the championship battles.

Tanioka took the lead from Senna at the start of the race and held it for the opening four laps until Senna made his move. While Tanioka remained close for the entire race, and only crossed the line 2 tenths behind Senns he never looked like he was about to wrestle the lead back. In 3rd place Melvin Moh seemed to be riding a relatively lonely race to take the DD2 Asia title with a podium finish, but a technical problem forced him to pit mid-way through the race, and he limped home and finished several laps behind the field, but it still enough to claim the championship thanks to his healthy points lead arriving at the final round.

Meanwhile in the battle for the Malaysian championship Chen Jet Choong didn’t need to do much as his championship lead wasn’t under any threat, and his 7th place finish was more than enough to claim the title. For the Malaysian DD2 Masters things were a lot more exciting. After the pre-final Kelvin Choo trailed Jeremy Nyam by just 1 point, and looked set to grab the title with a solid drive in 5th and then 4th place after Moh dropped out. He was pressuring Ang Kok Wee for 3rd place when disaster struck and his kart ground to a halt. This handed the DD2 Masters title back to the hands of Jeremy Nyam, who will be making his first appearance at the Rotax Grand Finals. Keifli Othman drove a solid final to get up from 9th to 4th after a battle with Mohammad Fikri who briefly held 4th until Othman managed to get past and build a small gap which he maintained to the end. 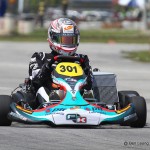 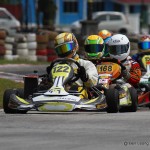 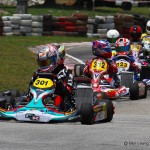 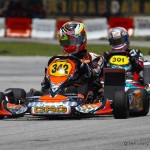 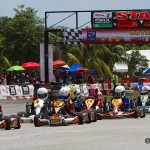 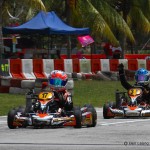 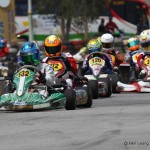 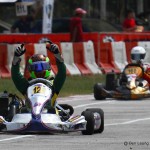 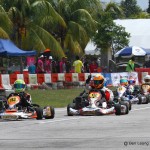 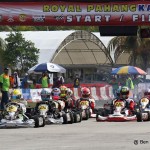 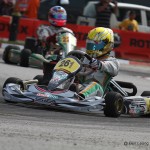 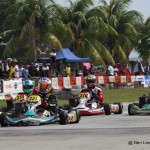 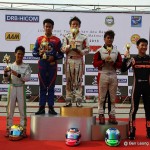 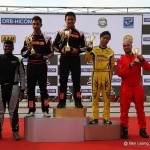 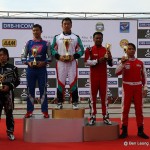 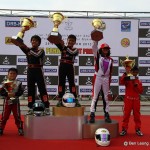 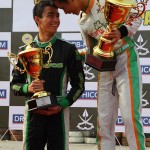 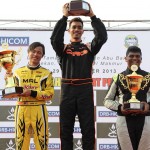 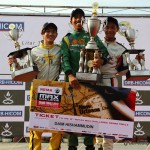 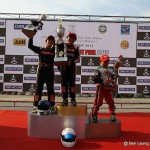 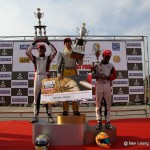 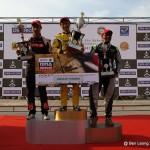 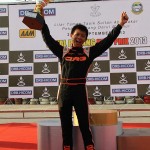 Permanent link to this article: http://www.kartingasia.com/2013/rotax-malaysiaasia-final-round-excitement/