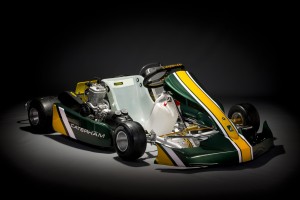 First announced about a year ago, Caterham has now revealed some details on a karting championship set to begin in 2014 in the UK, for Junior aged drivers. There are a lot bold claims made particularly a quote from Tony Fernandes: “This is not just another new karting championship, this is a revolution in motor racing. Motorsport for all is finally here.”

The main cost cutting measures seem to be shared technical support and running each of the 6-round championships over one day. The engine being used looks to be an Iame X30 in Junior spec.

One great thing about the series is that it is open to novices only – so hopefully it will attract a lot of new drivers to the sport.

Caterham Motorsport today reveals the first details of its unique low-cost, high value karting championship, designed to reinstate karting as an accessible sport in its own right.

Drawing on decades of experience running one-make car racing championships, Caterham Motorsport will apply similar expertise and regulations to ensure that unsporting conduct is eliminated and the series will be played out on a truly level playing field.

The championship, aimed at a maximum of 120 youngsters aged between 13 and 16 from families who might not have considered karting as an option, will feature a season of six one-day events and, at its heart, the bespoke Caterham-designed kart, developed with simplicity, durability and quality in mind.

For a package price of £4,995 + VAT and, with Caterham Motorsport providing technical support for all karts to ensure equality, the series promises unparalleled value for money as well as a uniquely fun experience for racers.

At the heart of the new series is the CK-01 kart, a prototype of which can be seen on the Caterham stand at AutoSport International (Stand No 2520) at Birmingham’s NEC between January 10-13.

Caterham Group CEO, Tony Fernandes, said: “Caterham Karting will once again make this fantastic sport accessible to everyone, without losing any element of the competition and experience. In fact, with tight regulations and totally transparent, controlled costs, Caterham Karting will simply be the best value, most competitive and most fun karting in the world.

“This is not just another new karting championship, this is a revolution in motor racing. Motorsport for all is finally here.”

Like Caterham’s Academy, the kart series will be open to novices only, providing a full championship platform from which youngsters can either launch a motorsport career or simply enjoy themselves. The all-inclusive season package includes the ready-to-race kart itself, guidance through the acquisition of your ARKS race licence, a paddock trolley and entry to the six-event season.

Each race event will be held on a single day, further cutting costs and increasing accessibility and will follow a proven car racing format, with practice sessions, qualifying and points-scoring races. Every competitor will be assured of equal track time at each event.

Caterham will provide technical support at all events, which will be held at circuits across the UK, making this a truly nationwide series.

Caterham Motorsport’s ‘ladder’ of one-make series has created some 850 brand new racing drivers in the last 18 years and made the iconic Seven one of the most raced cars around the world.

Caterham Karting also benefits from the vast karting experience of Laura Tillett, who was the first British female to compete in the CIK FIA World Karting Championship and who will be part of the organisational team.

Further details about Caterham Karting will be released in due course throughout 2013, with the inaugural championship set to kick off in early 2014. 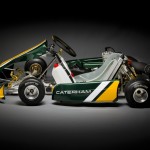 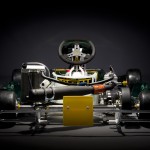 Permanent link to this article: http://www.kartingasia.com/2013/caterham-karting-series-201/