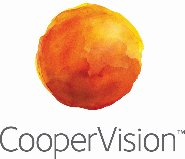 Press Release: Year 2012 looks set to be brighter and clearer for Jon! All thanks to CooperVision MiSight!

MiSight is a major scientific and technological breakthrough. It gives clear vision and the study has shown it can control the rate of progression. The Myopia Management System is a holistic approach. Wearing MiSight contact lenses with ActivControl Technology reduces the likelihood of the onset and progression of myopia.

Jon started participating in the “Eagle Myopia Control Program” (EMCP) at the Eagle Eye Centre (EEC) since Year 2007. Between 2007 to 2011, the EMCP required Jon to wear spectacles with transition lens and apply Atropine eye drops just before bedtime. After five years of dedicated supervision by EEC, Jon has successfully completed the EMCP and his myopia remained stable all these years. With Jon turning 13 and going through his adolescent this year, ECC has further recommended him to use CooperVision MiSight to keep his myopia under control and at the same time, provide convenience when engaging in all kinds of outdoor sports.

It started with a 30-day trial in December 2011, which went on very smoothly and surprised us when Jon adapted to MiSight immediately. The MiSight travelled with Jon to Macau where he raced without any ‘obstacles’ (spectacles) in the Asian Karting Open Championship from 8-11 December 2011. Thanks to MiSight, Jon was able to enjoy a fun and ‘carefree’ (without spectacle) holiday in Hokkaido skiing and riding a ski mobile with his sunglasses on.

A post review consultation with EEC in January has sealed a one-year sponsorship between Jon, CooperVision and EEC. With this three-party partnership, we feel well assured that Jon is in the good hands of EEC and CooperVision.

“I like and enjoy wearing CooperVision MiSight. It’s a daily disposal lens which is convenient and easy to use with no washing required! Many of my friends have noticed the change on my outlook and my aunties and uncles say I look more handsome without the spectacles,” said Jon.

We trust Eagle Eye Centre and choose CooperVision MiSight, so what are you waiting for?

Permanent link to this article: http://www.kartingasia.com/2012/coopervision-sponsors-john-le/