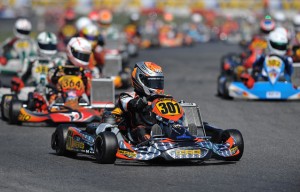 CRG Group Italy today announces its strategy to extend its racing engagement in Asian karting with the creation of “CRG Junior Team Asia”. At a recent meeting in Italy, a long term agreement has been reached between CRG Group and Iru1 Motorsports Sdn Bhd, the exclusive distributor of CRG in Malaysia, to give the opportunity to young drivers from Asia to acquire the necessary experience for high level races within the framework of the CRG factory team. CRG S.p.A is the leading kart manufacturer in the world based in Desenzano, Italy.

CRG Junior Team Asia is set up with the ambition to give young drivers the best possible environment in the team, which is created within the principal of the works team, competing in the important championships in Asia. The young drivers will have the opportunity to compete competitively from a young age and be associated with a prestigious brand such as CRG, the most winning brand in World Karting Championship. The best drivers from the Junior Team Asia, will then have the opportunity to continue their careers with the Official CRG Racing Team.

Operating in the highly competitive and technological environment of motorsports, “Iru1 Racing” comprises of committed and experience administrative and engineering department. Due to its involvement in national and international motorsport events, and the branding and prestige that the team carries, “Iru1 Racing” plays an important role in promoting the sponsors and partners.

CRG Junior Team Asia is based at a prime area in Kuala Lumpur, easily accessible to the main roads leading to the main circuits in Malaysia. The facility, which is already fully equipped, will be further upgraded with its own state-of-the-art engine dyno, data logging system and cutting edge tools. Both CRG Junior Team Asia and CRG Racing Team in Italy will be communicating on all research & developments of the material to increase performance and quality.

CRG Junior Team Asia has committed its participation in the highly competitive Rotax Max Challenge Malaysia and Asian Series for the 2011 season. The team is also looking to participate in selected races of the Asian Karting Open Championship, Yamaha SL Cup Series, Singapore Karting Championship as well as rounding it up at the Macau’s CIK/FIA Asia Pacific KF3 Championship. These championships travel to Malaysia, Indonesia, Singapore, Thailand, Philipines and Macau. 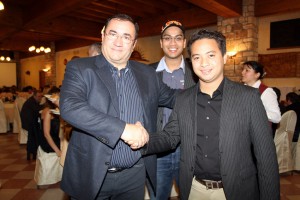 “It’s an honor and a dream come true for us to carry this brand officially as a team and this appointment is testament to the hardwork and dedication put by every personnel in the team. I would also like to thank the partners and investors in Iru1 Motorsports in believing in this project from the start. CRG’s strong results in the last two years in Asia have translated into increase chassis sales, and I believe CRG group is seeing Asia as a rapidly growing market in karting. As a Junior Team to CRG, there are a lot of benefits that the team could benefit from, especially the technical aspect as well as driver development, not to mention the recognition we receive in the karting world. We promise to carry this brand with great responsibility and do our best in the coming races”.

“The trust that has been given to Iru1 Motorsports to manage this project is definitely an important one. CRG Junior Team represents an important element in the racing program set by the factory, acting as a feeder team to Official CRG Racing Team. It’s created to further give more mileage for testing of our product, while also give the young drivers the opportunity to be working with a prestigious brand like CRG under the watchful eye of the factory. It’s important for these youngsters and also CRG Junior Team to be competing in the right competitions – and that way both the driver and the product can be tested more rapidly. We see Asia as a growing market and becoming an important one for us. We hope with this Junior Team, CRG will be able to win even more races and stamps its mark as the top brand in Asian karting.

Permanent link to this article: http://www.kartingasia.com/2010/crg-group-announces-creation-of-crg-junior-team-asia/